Buckingham Sports Properties provides a dynamic environment for professional and personal growth across a wide range of positions.  If you are a motivated individual looking for an opportunity to be part of a team, reach out to us at by completing the form below.

We are currently recruiting for the following positions:

HOW TO GET HERE

Bus route 101 runs into the Park from the Downsview Station on the Yonge-University-Spadina subway line, but operates on a seasonal schedule.

There are a number of bus routes that run past the Park’s main entrance. Toronto Transit Commission (TTC) bus routes 84 (series), 106, and 108 (not 108A) run east and west along Sheppard Avenue and operate out of the Downsview subway station.

Park west side along Keele Street

From Keele and Sheppard

At the Intersection of Keele Street and Sheppard turn east onto Sheppard Avenue. The first set of lights you encounter will be Sheppard and John Drury Drive – the main entrance to the Park. Follow John Drury Drive into the park to the three-way stop. Turn left onto Carl Hall Road. Once you pass the train tracks make a right and the arena will be  right infront of you

From Allen Road/Dufferin Street at Sheppard Avenue turn west onto Sheppard Avenue and proceed to John Drury Drive (the entrance to the Park) and turn left into the Park. At the three-way stop turn left onto Carl Hall Road. Once you pass the train tracks make a right and the arena will be  right infront of you .

Take Highway 409 to Highway 401 East and exit at Keele Street. Take Keele Street north to Sheppard Avenue and turn right. The entrance to the Park is one block east at John Drury Drive. Follow John Drury Drive into the park to the three-way stop. Turn left onto Carl Hall Road. Once you pass the train tracks make a right and the arena will be  right infront of you

SPECTATORS NOW ALLOWED(2 per skater)
All visitors to Scotiabank Pond are required to check in & complete a self screening upon arrival.

As per government regulations, all spectators to Scotiabank Pond must check in upon arrival at Scotiabank Pond for Contact tracing purposes. Please use the camera on your phone to scan the QR code posted at the front entrance, this will give you access to our check in system as well as your daily screening.  All information is confidential and can only be accessed by Toronto Public Health.

We thank you for your cooperation

Ice Times at The Pond

September and October ice times up for grabs

please email for more details for dates and times 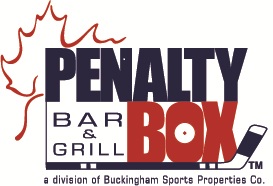